US Soldiers Killed In Kabul Blast Are Heroes: Joe Biden 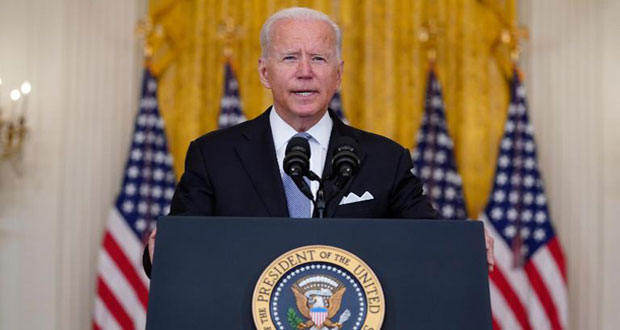 Two blasts and gunfire rocked the area outside the airport on Thursday evening, witnesses said.

“To those who carried out this attack, as well as anyone who wishes America harm, know this: We will not forgive. We will not forget. We will hunt you down and make you pay,” said Biden while addressing his nation from the White House soon after the attack.

“We will respond with force and precision, at our time, at the place we choose and at the moment of our choosing,” he said.

“I will defend our interests and our people with every measure at my command.”Biden also indicated that he could send more military assistance to Afghanistan if he felt the need for it. “I’ve instructed the military (to act) with whatever they need. If they need additional force, I will grant it,” he said.

The attacks, he said, had only increased the determination of the US military to carry on its mission.

Biden said that the service members who lost their lives in Kabul on Thursday were “heroes” and “the best the country has to offer”.

He also defended relying on the Taliban to provide security outside the Kabul airport.

“We are counting on them to act in their own self-interest,” he said. “And it’s in their interest that we leave when we said we would. There is no evidence thus far from our commanders in the field that there has been collusion between Taliban and ISIS.”

“The bombings around the Kabul airport were a devastating reminder of the dangerous conditions in which our service members and diplomats are operating as we conclude the United States’ 20-year military mission in Afghanistan,” he said.