Uniform Curriculum Will Be Beneficial for Country In Future: PM Imran 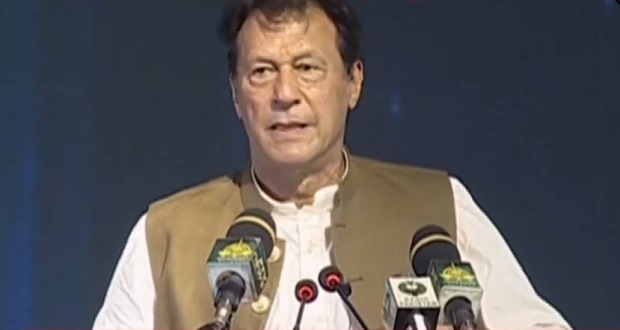 LAHORE: Prime Minister Imran Khan on Wednesday said that no government in the past paid attention on the improvement of education system, while uniform curriculum will be beneficial for the country in the future.

Addressing Punjab Education Convention 2021 in Lahore on Wednesday, the prime minister said that the Minar-e-Pakistan incident was embarrassing and painful, adding that the new generation is heading towards destruction because our children are not being educated in the right manner.

The prime minister said that the people in the west introduced different education systems to create a special class but the English medium system brought mental slavery.

Imran Khan went on to say that Punjab Chief Minister Sardar Usman Bazdar has been working quietly and people have been criticizing him.

PM Imran said that integrity and honesty were the hallmarks of a true leadership and stressed upon the need of making the young generations acquainted with the Seerat of Holy Prophet (Peace Be Upon Him).

He said besides, imparting quality education to the young people with the use of modern technology, it was imperative to guide and educate them about the supreme qualities of Seerat-e-Nabi (PBUH) for their character building.

The premier further said that the English medium education system introduced in the country, alienated the students from their basic culture.

After independence, they should have worked on the education system with one curriculum, but they ended in three parallel education systems in the country ie; the religious seminaries, English medium and government owned schooling.

“In the past, best intellectuals had been groomed in the government owned schools, but later, the system waned and the private sector thrived making us servants of an alien culture,” he observed.

Terming it as ‘a turning point’ the prime minister said these reforms would take time to yield results.