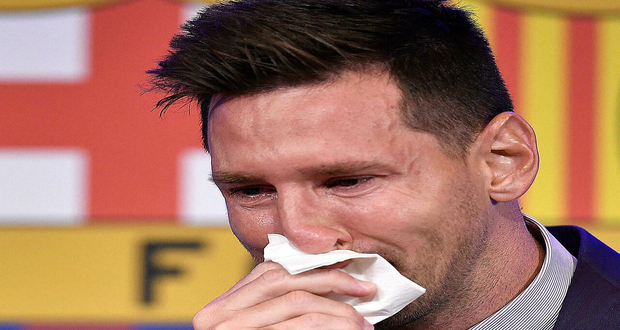 Argentine star, Lionel Messi, the new Paris Saint-Germain player, did not know that the tissue paper that his wife Antonella gave him to wipe his tears during his farewell conference for his former club Barcelona, would be picked up by a person and announced that it would be sold for one million dollars.

This is what actually happened, after one of the people who obtained the precious treasure, the used tissue, after the conference placed an advertisement on one of the popular sites announcing the offer to sell the tissue paper that Messi used for one million dollars.

The person claimed that the tissue contained Messi’s genetic material that would allow you to clone a football player like him.