There Is Need Of 2000 Billion Dollars For Development Of Karachi: CM Sindh 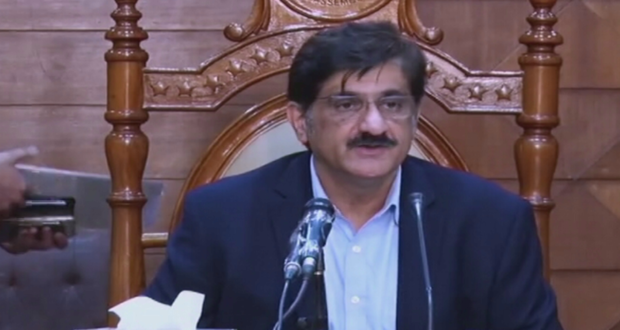 KARACHI: Chief Minister of Sindh (CM) Murad Ali Shah on Sunday has said that he is aware about the national issues as he is not selected.

Talking to media at Ahsanabad Merit Cooperative Society open khachari, the CM Sindh said that there is need of 2000 billion dollar for comprehensive projects in Karachi.

Murad Ali Shah apprised that 64 schemes are continued in the metropolise adding that who every like to contribute for people of Sindh we welcome them.

Murad said that we got Rs 370 billion less amount from the federal government adding that provide us the amount which cut off as a tax and we will show you the development work.

He said that PPP Chairman Bilawal Bhutto Zardari two months back has ordered the Sindh cabinet to resolve the problems of the people on their doorstep.

The CM announced that he will hold open Kachahries where all the ministers and MPAs will be accompany him.

The chief minister claimed that the federal government has not provided the promised funds for the development of Sindh. He further asked to tell how the people have got benefit from the policies of the incumbent government.

Federation is celebrating amid increasing inflation across the country, he added.

Murad Ali Shah said that those who got jobs by former Prime Minister (PM) Benazir Bhutto are now being sacked from their posts.