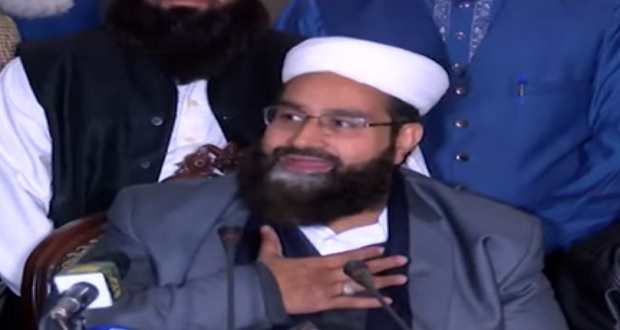 A ceremony was held at the Quran Academy Lahore to pay homage to iconic Kashmiri leader Syed Ali Gillani.

Addressing at the occasion ,the SAPM said that Indian imperialist government remained in fear with Syed Ali Gillani in life and after his death.

He said that Syed Ali Gillani burial has exposed face of Indian democracy adding that the situation of the region speaks that Kashmir issue is just to settle.

Allama Tahir Ashrafi said that Taliban has cleared that Pakistan is their second home adding that Taliban is not under dictation of Pakistan while we are in cooperation with Taliban for peace not for a war.

He appealed the World not to left Taliban alone in these testing times.