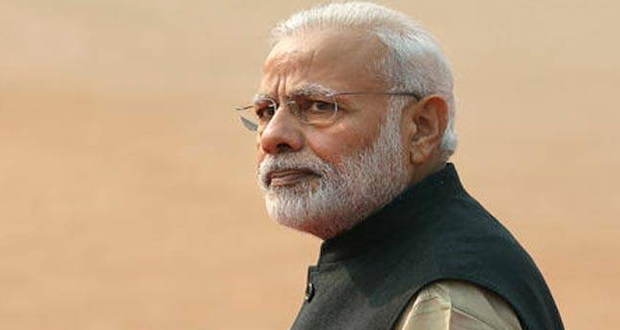 The rating carried out under the India Today TV channel’s “Mood of the Nation” survey found that the popularity dropped from 66% to 24% in a year.

The primary reason for the fall in ratings was attributed by the respondents to the handling of the Covid-19 crisis.

“While Modi was lauded for his handling of the first wave with a high 73% approval rating in January 2021, the disruption experienced during the second wave has seen that figure drop to 49%,” the India Today report said.

As many as 27% of those who participated said that large gatherings, including election rallies, were responsible for the second wave of the pandemic in India. About 26% said that it was caused due to disregard of Covid-appropriate behaviour.

Of the respondents, as many as 71% said that Covid-19 had infected and caused more deaths in the country than reflected in government data. However, 44% of the participants attributed the health crisis to both the central and state governments.

Uttar Pradesh Chief Minister Adityanath was the second politician after Modi that the survey’s respondents chose for the prime ministerial position with an 11% rating. Congress leader Rahul Gandhi was the third most popular face for the post with a rating of 10%.

Gandhi has seen a rise in popularity ratings from 8% in 2020, the India Today survey found. Adityanath has also seen a hike in popularity from 3% in 2019.

However, Adityanath ranks seventh in the list of 11 chief ministers who were rated on the basis of their popularity in their home states. This finding gains significance as the Assembly election in Uttar Pradesh is expected early next year.

This year, the survey was conducted between July 10 and July 22 with 14,599 participants. As many as 71% of the respondents were from rural areas and 29% from the urban sector.

The analysis covered residents of 19 states, 115 parliamentary and 230 Assembly seats.