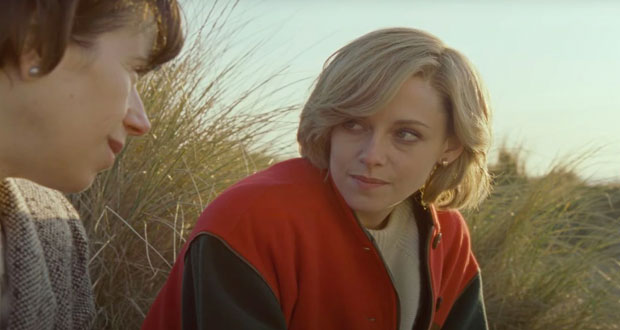 Early-risers at Neon’s CinemaCon presentation this week got a first look at the trailer and an extended clip for Spencer, the biopic about Princess Diana that stars Kristen Stewart and which will world premiere at the Venice Film Festival on September 3, then move on to TIFF.

See the trailer, which was released widely Thursday, above.

There’s been a lot of attention on the prospect of Stewart’s portrayal of the iconic Lady Di (she was last in Venice playing another real-life woman in 2019’s Seberg).

The trailer footage begins with the arrival at Sandringham for the Christmas weekend and takes us through preparations for dinner while Diana is clearly stressed in a bathroom as she’s called to the table. Other images show her strutting down a long hallway dressed to the nines in a silver gown, sitting for a family portrait, paparazzi snapping cameras, and Diana also in moments of letting loose dancing and running across the estate grounds.