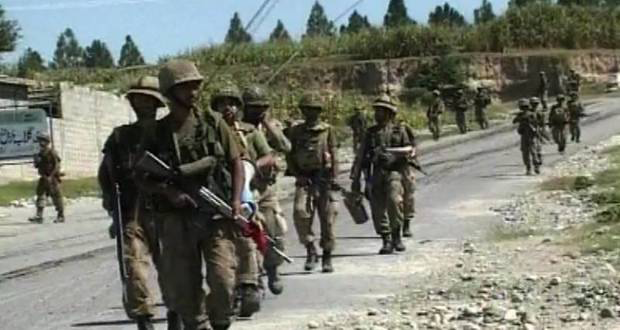 RAWALPINDI: A Pakistan Army soldier was martyred in an improvised explosive device (IED) blast in South Waziristan district’s Asman Manza on Monday, according to the Inter-Services Public Relations (ISPR).

The martyred soldier was identified as Sepoy Wajid Ullah, 25, who is a resident of Karak.

The ISPR said the troops immediately cordoned off the area to apprehend terrorists involved in planting the IED. During an intense exchange of fire, one of the terrorists trying to flee got killed, it added.