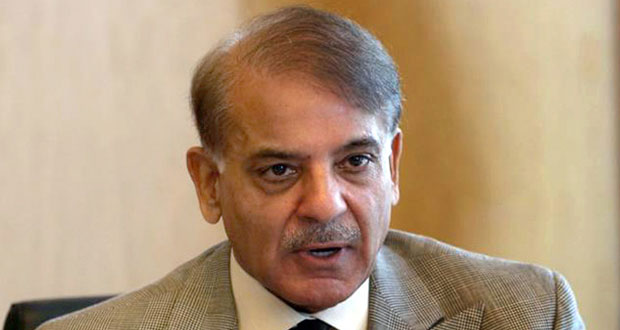 Karachi: Leader of the Opposition in the National Assembly Shahbaz Sharif on Monday vowed to go against any government efforts to pass legislation related to the Pakistan Media Development Authority (PMDA).

The Opposition leader, speaking to representatives of media organisations, said the Pakistan Democratic Movement (PDM) and the PML-N have already rejected the PMDA.

“We will join forces with all political parties […] and take Opposition into confidence against this black law,” Shahbaz said, adding: “This is a matter of life and death for independent journalism, democracy, and constitutional freedom.”

The Opposition leader said he would also take up the matter of PMDA within his party, as he announced to also hold a consultative meeting with representatives of Opposition and media organisations.

Shahbaz said no party in the parliament will support this “black law” except for the government.

The Opposition leader claimed no other regime had gagged the media, like the incumbent Prime Minister Imran Khan-led government.

“If any other government had imposed such restrictions, it would have been overthrown.”

Shahbaz said the media was well-informed about the hatred and lies that have been spread during the last three years, as he highlighted that during the same period, unprecedented restrictions had been imposed on media.

The Opposition leader said he would stand by journalists in their struggle for independent media in the country, as he informed the meeting participants that he would try “everything he can against the government’s proposed PMDA.”

The PML-N president said the curbs imposed on media in the last three years have unemployed scores of journalists.

“Freedom that media has gained is not a gift from anyone […] media has made great sacrifices for the freedom of expression,” the Opposition leader said.

“Unfortunately, when Imran Niazi was part of the Opposition [before his party came to power] he was media’s blue-eyed boy.”