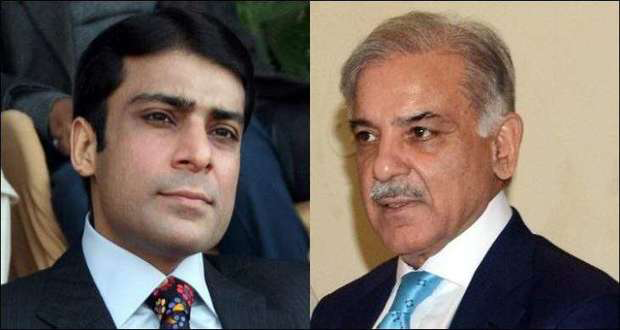 LAHORE: A banking court on Saturday extended the interim bail of Shehbaz Sharif and Hamza Shehbaz in an inquiry into sugar scam and money laundering charges.

The court extended the pre-arrest interim bail of the Leader of Opposition in National Assembly and his son till September 25.

Shehbaz and Hamza appeared before the court in the case hearing today.

Shehbaz Sharif earlier stated that the charges of corruption and money laundering could not be applied over him as he was neither a partner nor a director in the case related to Ramzan Sugar Mills.

“I didn’t give any subsidy to the sugar mills during my tenure as the chief minister and appeared scores of times for the inquiry”, PML-N leader said.

Hamza Shehbaz in his statement said that he was questioned one year ago in jail and he replied the questions asked to him. “I was told that my arrest not required in the case,” Hamza said.

In the sugar scam, Shehbaz Sharif and his two sons, Hamza and Suleman Shehbaz, were booked by the Federal Investigation Agency (FIA) under the charges of financial fraud, corruption and money laundering charges.