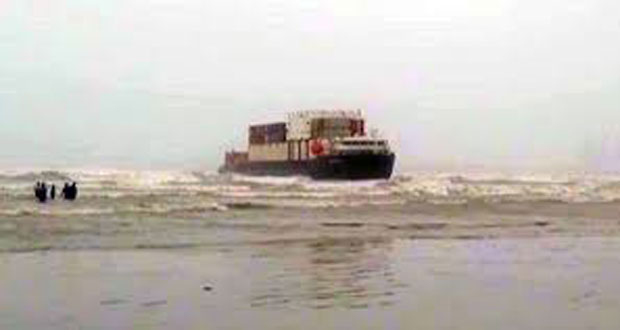 KARACHI: The salvage operation of a cargo vessel grounded at Karachi’s Seaview beach has resumed today.

The operation has been started during a span of tidal waves in the sea, sources related to the matter said.

“A two-and-half hours long effort yesterday to drag the vessel in the sea resulted in failure.”

“Cargo motor vessel (MV) Heng Tong 77 was dragged by 800 meters from the beach at a depth of 25 meters deep water yesterday but the ropes of the tug boat snapped while pulling the 36,000 deadweight tonnage vessel into the deep water”.

“The rope has been fixed again and the salvage crew will resume the effort to tug the vessel,” maritime officials said.

The rescuers will drag the grounded ship during a window of high tidal waves in the sea, according to officials. The salvage crew have two more days to re-float the stranded vessel, otherwise, the high tides will subside with the waning moon, an official said.