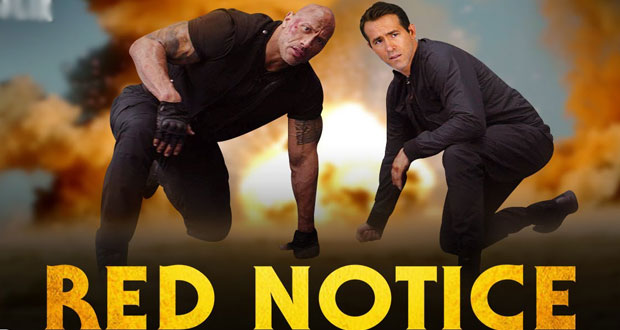 Thanks to that cast and the premise, Red Notice is Netflix’s most expensive movie of all time. True to its word, Red Notice takes us from Paris to Rome (and the Vatican), and finds its three leads doing what they do best: Johnson looks very self-serious, Gadot charms her way through everything, and Reynolds cracks jokes. There are a lot of glimpses at Red Notice’s action sequences. And the Red Notice trailer also sets up sexual intrigue between Johnson and Gadot’s characters.

“I’ve been tracking your scores for a while now,” Johnson says at the start of the Red Notice trailer after introducing himself as FBI Special Agent John Hartley. He’s referring to the characters played by the other two leads. “Every city, every heist. Now that you’ve been tagged with red notices, you’ve become the world’s most wanted criminals. And I’m the only one who can bring you in.”