PTI To Sweep Next General Elections On Basis Of Performance: KP CM 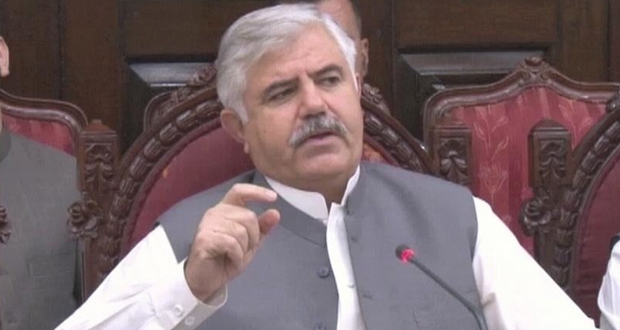 Addressing a public gathering in Swat,he said that PTI had strong roots among masses and would once again sweep elections 2023 on the basis of its performance. He said that opposition parties would never succeed in their nefarious designs.

He said that the PTI government had successfully launched various welfare and development projects including the accomplishment of the FATA merger plan.

He said that rulers of the past government preferred to mint money instead of concentrating on the masses’ welfare.

He said that it was the only PTI government which was focusing on equal development of all districts contrary to past practices in which the chief minister preferred his own district only.

The Chief Minister said that Prime Minister Imran Khan’s stance on the Afghanistan issue had come true who from the day first advocated to resolve the through dialogue process.