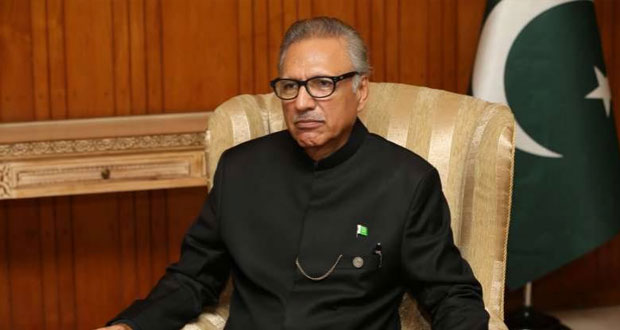 Islamabad: President Dr Arif Alvi has signed Election Ordinance under Article 89 of the Constitution of Pakistan, binding the elected members to take oath within sixty days of the commencement of first session of legislature.

The amendment was made to section 72 of the Election Act 2017.

Under the ordinance, the members would have to take oath within forty days of the promulgation of this ordinance.

In case of failure to take oath within the mandatory period, seats of elected members to Senate, Assembly and Local Government would become vacant.

The Council would make appointments for the better performance and discharge of duties of the institute.

The president also approved a summary regarding appointment of Muhammad Saeedullah on deputation as judge of the Accountability Court Rawalpindi.

The president granted his consent on a summary regarding initiation of proceedings against Khawaja Shaukat Hussain, a grade 20 officer in National School of Public Policy, under Civil Servant (E&D) Rules 2020.