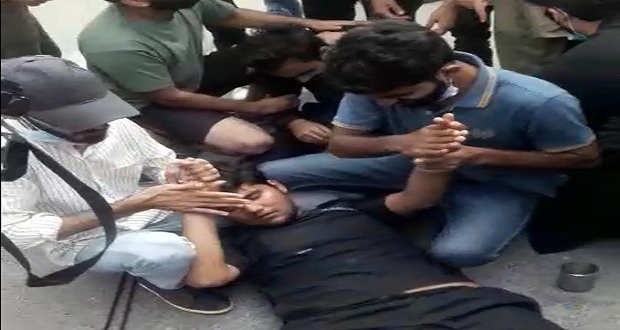 According to details, police personnel have besieged the entire area and used pepper spray to disperse the protesters while at seven young doctors were injured and later were sent to a near by hospital.

House offices of different hospitals have also participated in the protest.

The protesting doctors have warned of holding sit-in outside Islamabad Medical Complex (IMC) if the authorities fail to withdraw the decision regarding NLE exam in 24 hours.