PM’s Three-Year Performance Is Nothing But Speeches: Siraj Ul Haq 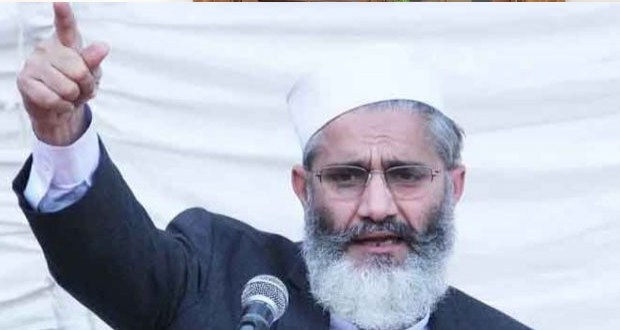 Addressing a presser at office of JI in Multan, the ameer JI said that three years of performance of the premier is nothing but speeches adding that even peformance of Usaman Buzdar is being praised which can be seen to PM and not to 22 millions people of the country.

The PTI in its election manifesto had promised provision of 10 million jobs and five million houses to masses but on contrary to promises inflation and unemployment increased in the last three years.

Siraj Ul Haq claimed that the government spoiled the Kashmir case and handed over it to India and hand cuffed the masses of the country with the FATF laws.

He said that there is no difference in Pakistan Demecratic Movement (PDM) and government adding that JI is only corruption free party of the country.