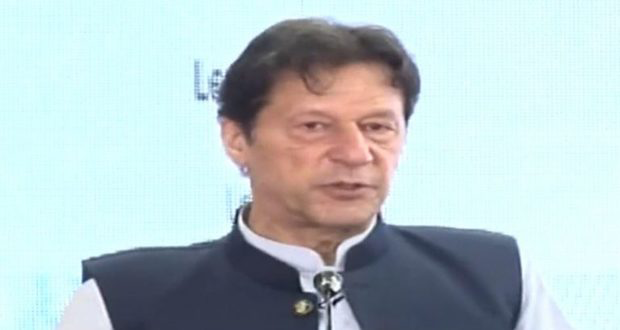 Speaking on the occasion, the Prime Minister said this is an important and viable motorway project as it will promote connectivity of the industrial area with the rest of the country.

The Prime Minister said it is important to incentivize the industrial sector for wealth creation which will help retiring the country’s debt.

He said the government is focusing on ease of doing business and hurdles in the way of Small and Medium enterprises are being removed.

The Prime Minister was appreciative of the idea of involving the private sector in the motorway project saying this will help the government divert resources to other areas. He was confident that more private capital will flow into the road infrastructure projects in future.

Imran Khan said that the Swat motorway has opened the whole area for tourism.  He said Pakistan has immense potential for tourism but it was not developed in the past.

He said projects such as second phase of Swat motorway and Dir Motorway will help encourage both domestic and foreign tourism at the picturesque places.

He said we have built 1753 kilometers of roads as compared to 645 kilometers of roads constructed by the PML (N) in three years. He said we plan to start nineteen more road infrastructure projects including Kharian-Rawalpindi motorway and Sukkur-Hyderabad motorway during the current fiscal year.   He said bids have been received for the construction of second phase of Swat motorway. Work on Dir motorway will also be started this year.

The Minister for Communications said National Highway Authority is also focusing on the maintenance and repair of existing road infrastructure.

As regards the revenue of the NHA, he said this has been increased by eighty seven billion rupees. He said we have also recovered land worth five billion rupees.