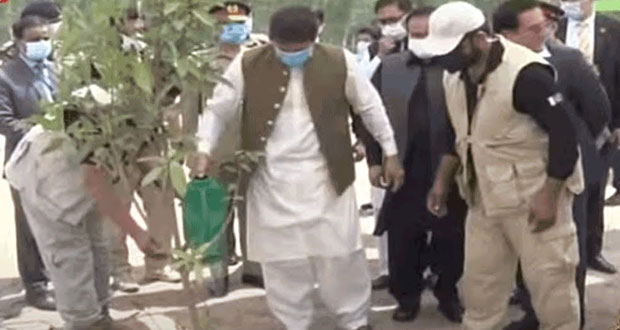 On the occasion, the Prime Minister was given a briefing about the Rakh Jhok Forest.

He was apprised that this Forest is an important project of Ravi Urban Development Authority to be laced with sensors and surveillance systems.

He said modern cities should be established to address the environmental issues.

The Prime Minister regretted that Lahore used to be one of the cleanest cities of the country, but has now become a polluted city.

He said mere 640 million trees were planted across the country since independence till 2013, while the PTI government planted one billion trees in Khyber Pakhtunkhwa alone, during its last tenure.

Imran Khan said now the government aims to plant 10 billion trees across the country. He said ten million trees will be planted in Rakh Jhok Forest in Sheikhupura.

The Prime Minister said three barrages will be constructed on River Ravi under Ravi Riverfront Urban Development Project to address the issue of water shortage in Lahore.

He said Pakistan is making every effort to mitigate the impact of climate change.