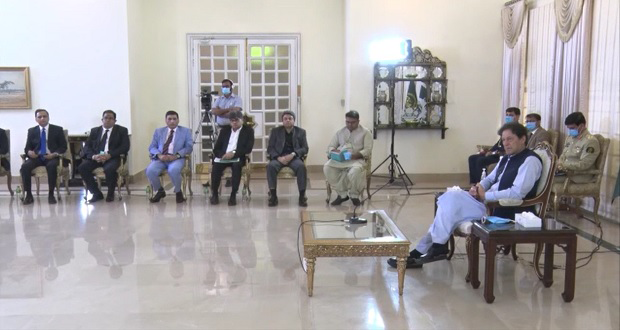 ISLAMABAD: Prime Minister Imran khan says his government is working on reforms in civil and criminal laws so that the common man can get relief.

He was talking to the Executive Committee of the Supreme Court Bar Association that called on him in Islamabad on Thursday.

The Prime Minister urged the Lawyers’ organizations to support the government on its agenda of legal reforms.

He said we are aware of the problems being faced by lawyers’ community and every effort will be made to resolve them.

The Prime Minister directed to remove all barriers in lawyers’ housing colony. He also directed to include lawyers in the Naya Pakistan Housing Program along with the provision of health cards.

The Prime Minister directed the Law Minister to ensure constant liaison with the Bar as well as to resolve the issues related to Bar grants on priority basis.

Speaking on the occasion, other members of the association said that Prime Minister Imran Khan is the only hope for real reforms and positive change in the country’s justice system.

The Bar Association assured its full support to government in introducing comprehensive and detailed legal reforms.