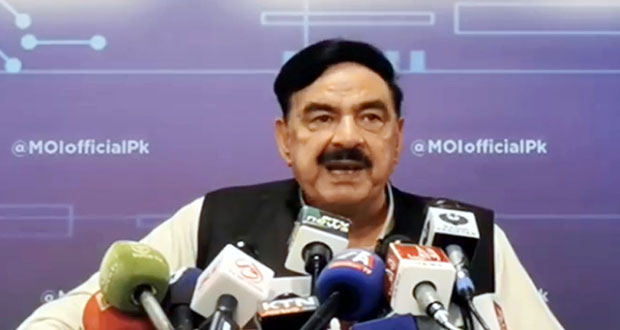 ISLAMABAD: Interior Minister Sheikh Rasheed Friday said that Pakistan would grant a 21-day transit visa to diplomats and others being evacuated from Afghanistan in order to facilitate the withdrawal process.

Speaking at a presser, the interior minister said that residents of any country would be given a 21-day on arrival visa of Pakistan.

“We are ready to give 21-day visa to diplomats of United States, Germany, Britain and others,” he said adding that citizen of any country could also avail from the facility after being evacuated from Afghanistan.

He further assured that Afghan citizens having proper documentation would also be able to get a Pakistan visa.

Sheikh Rasheed further announced that a government would be formed in Afghanistan after August 31 and said that they have been assured that the Afghan soil would not be used against Pakistan.

“We have sealed 2686 kilometer long Afghan border to refrain crossing from the other side,” he said and added that Chaman and Torkham border crossings are currently being operated for public and goods transit and remained fully operational.