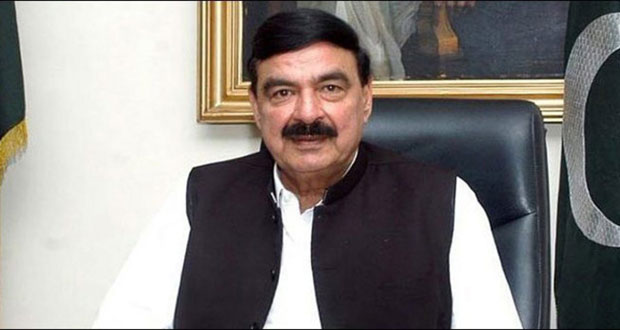 Talking to media persons in Islamabad today (Wednesday), he said the Afghan Taliban have assured that they will not allow their land to be used against any other country, including Pakistan.

The Interior Minister said Pakistan will also not allow its land to be used against Afghanistan.

He said we desire peace, tranquility and stability in Afghanistan as it is also important for Pakistan.

He said a desk in the Interior Ministry is working round the clock to facilitate the evacuation from Afghanistan.

Sheikh Rashid said a comprehensive security system is being introduced under which all the provincial capitals will be linked with Islamabad.