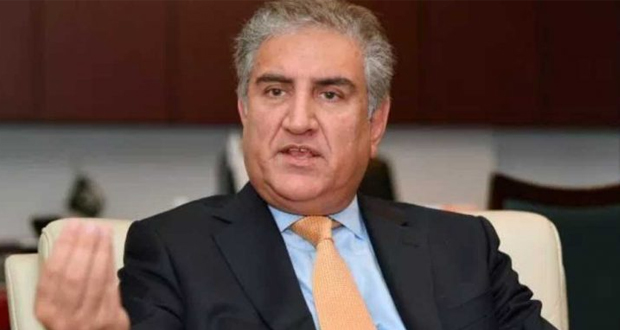 Talking to media in Islamabad this evening (Monday), he said Pakistan embassy in Kabul is working round the clock and our embassy staff is in contact with the Afghan people and the concerned officials to ensure security and safe transportation of people, who intend to go outside Afghanistan.

He said so far 542 foreign nationals and 91 Pakistani citizens have been evacuated through five PIA flights.

In addition to that, Pakistan granted 56 permissions of over flights, including landing facility to various international airlines, which conducted around 133 sorties.

He said Pakistan is trying to facilitate movement of evacuees and a facilitation center has been established at Islamabad Airport; besides, setting up a Crisis Cell at the Ministry of Foreign Affairs for this purpose.

Shah Mahmood Qureshi said Pakistan has facilitated nationals of 22 countries. Giving further detail of the evacuees, he said 3,234 foreign nationals, including 300 Pakistani citizens, members of INGOs, and 293 officials of World Bank have so far been evacuated from Afghanistan.

The Foreign Minister said Pakistan is also granting on arrival visas to foreign nationals and so far 409 people have benefited of this facility. He said situation in Kabul is quite and calm, but certainly there is a pressure around the Kabul Airport.

The Minister said he talked to foreign ministers of various countries, including Germany, Netherlands, Denmark, Sweden, Belgium, Turkey, and Saudi Arabia, who appreciated Pakistan’s role for peace in Afghanistan and safe evacuation of foreign nationals from there.

He said I also briefed the Secretary General of OIC and the foreign minister of the European Union about the evolving situation in Afghanistan.

He said Pakistan has also assured Saudi Arabia for all possible assistance and facilitation in relocation of its embassy from Kabul to Islamabad for the time being.

Answering a question, the Foreign Minister said the entire world wants peace in Afghanistan, but it is unfortunate that India is playing the role of a spoiler in this regard. He said India and the Indian media should demonstrate a responsible approach for peace in Afghanistan.

Replying to another question, Shah Mahmood Qureshi said he is planning to visit Tajikistan, Uzbekistan, Turkmenistan, and Iran to get the stance of Afghanistan’s immediate neighbours on common issues like refugees, trade, and challenges of Covid-19 pandemic.