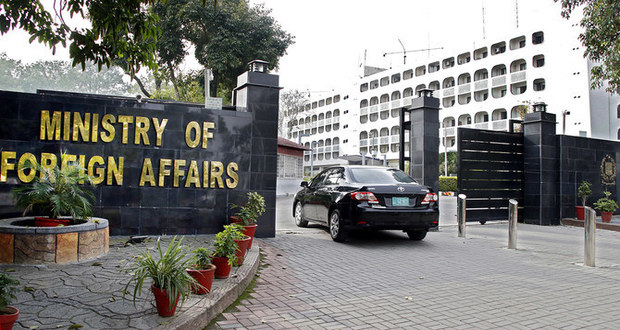 Islamabad: The Foreign Office (FO) has paid tribute to late Kashmiri separatist leader Syed Ali Geelani who passed away on Wednesday, calling him a “true voice and hero of the Kashmiris’ struggle for self-determination”.

In a statement issued early on Thursday, FO spokesperson Asim Iftikhar Ahmad said that the government and the people of Pakistan deeply mourned “the passing away of the iconic leader of the Kashmiri resistance”.

The nation pays rich tribute to his life-long struggle for justice and freedom, he said.

“[Geelani] inspired three generations of Kashmiris in resisting illegal Indian occupation and unabated tyranny. He was a true voice and hero of the Kashmiris’ struggle for self-determination, who never lost his ideological moorings for a single moment,” the FO spokesperson said.

“May he continue to be an inspiration for those carrying his mission forward to bring an end to the illegal Indian occupation of Jammu and Kashmir,” he added.