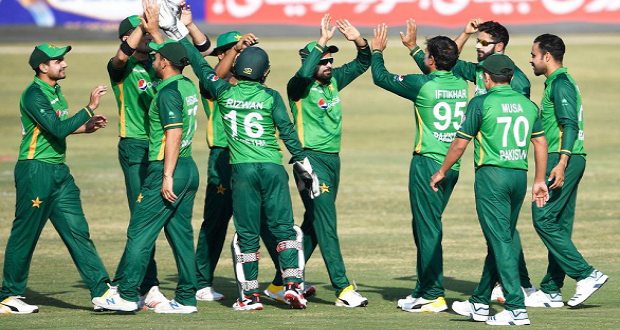 Pakistan cricket selectors have named a 20-player squad for the three ICC Cricket World Cup Super League One-Day Internationals against New Zealand, which will be played in Rawalpindi on 17, 19 and 21 September.

Uncapped wicketkeeper Mohammad Haris, fast bowlers Mohammad Wasim and Shahnawaz Dahani, and wrist-spinner Zahid Mahmood have been named in the squad, while middle-order batters Iftikhar Ahmed and Khushdil Shah have been recalled.

Players who were part of the ODI series against England in July but have failed to retain their places include Haris Sohail, Salman Ali Agha, Sarfaraz Ahmed and Sohaib Maqsood.