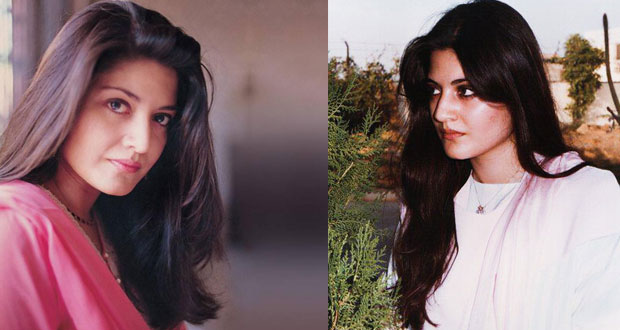 The 21st death anniversary of Pakistani pop queen Nazia Hassan observed across the country and music-lovers around the world.

The renowned singer passed away almost two decades ago. The music industry’s sweetheart had died on August 13, 2000, at the young age of 35, in London, following a prolonged battle with lung cancer.

The star, who was born on April 3, 1965, sprung to popularity through Pakistan Television’s (PTV) programme Sung Sung and shot to unexpected fame to become one of Pakistan’s most famous celebrities in the 70s and 80s — a pride for the country.

Nazia Hassan began her singing career during the late 1970s‚ when she appeared on several television shows on PTV as a child artist.

Her award-winning single “Aap Jaisa Koi” — sung at the age of 13 for Indian movie Qurbaani — made her a beloved icon both at home and in South Asia.

In 1981‚ Nazia Hassan became the first playback singer to release an album after the release of her first album‚ Disco Deewane . Nazia s second album Star/Boom Boom was released in 1982. The soundtrack of the album was used in the movie Star .

Nazia s third album‚ Young Tarang was released in 1984. The album sold 40 million copies which set the record of most-selling video album of all times.

Nazia s fourth album‚ Hotline was released in 1987. In 1988‚ Nazia and her brother Zoheb appeared with music expert Sohail Rana in his television program‚ Sung Sung.

In the following year‚ Nazia and Zoheb hosted the groundbreaking show Music 89. Nazia hosted another show‚ Dhanak on PTV in the same year‚ 1989.

In 1991‚ Nazia and her brother Zoheb recorded fifth album‚ Camera Camera . The album was released in 1992.

She bagged a Filmfare Award, becoming the first Pakistani to win the prestigious accolade, and, along with her brother Zohaib, went on to sell over 60 million records worldwide. The duo released Disco Deewane in 1981.

The dreamy and talented singer was not only blessed with an angelic voice to serenade audiences but with an empathetic heart as well. Her philanthropic work also won her win several accolades.