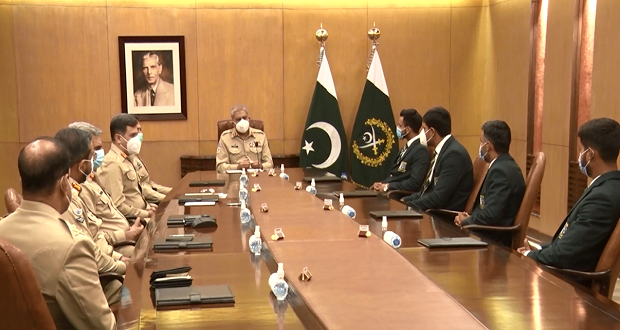 RAWALPINDI:National sportsmen, who represented Pakistan at the Tokyo Olympics, on Wednesday met Chief of Army Staff (COAS) Gen Qamar Javed Bajwa to thank the army chief for “recognition of their efforts”.

During the meeting, the army chief appreciated the efforts of the Olympics athletes, saying their struggle inspired the entire nation, especially the youth. “Army has always supported sports in Pakistan,” Bajwa said as he assured them of support in future tournaments.

“Representing Pakistan at the international level is not only honour for you but it also brings pride to the nation,” Gen Bajwa told the athletes.