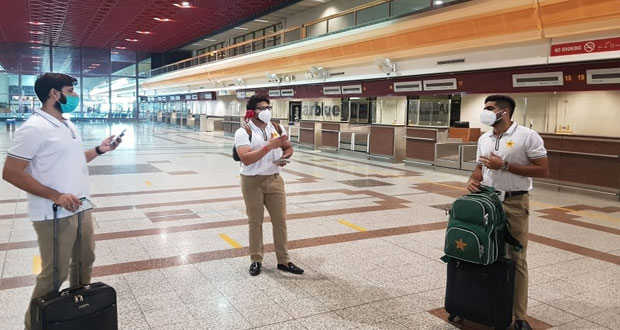 The squad arrived in Lahore from Jamaica via London. Pakistan won four-match T20 series by 1-0 while they leveled the two-match Test series 1-1.

Yasir Shah and Naseem Shah, who were included in the squad, did not return home due to their participation in the Caribbean Premier League (CPL). Mohammad Abbas and Azhar Ali stayed in England in London to play county cricket.

On the other hand, head coach Misbah-ul-Haq will return home after completing his quarantine in Jamaica after he was tested positive for COVID-19.