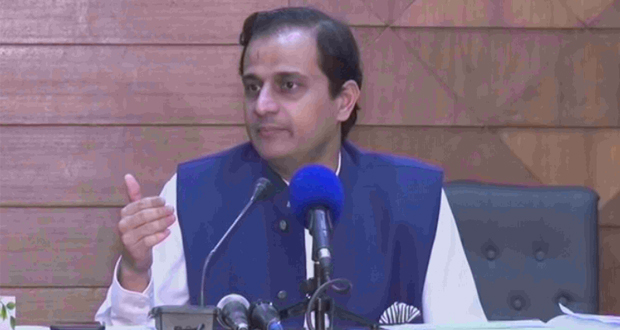 KARACHI: Sindh government spokesman and administrator Karachi Murtaza Wahab says that Sindh government is ready to hold local body elections but the census should be corrected first. Controversial census cannot be demarcated. Addressing a press conference in Karachi, Sindh government spokesman Murtaza Wahab said that local body elections could not be held in Sindh until the issue of census was resolved. All the requests should be placed before the Election Commission. After hearing our position, the Election Commission has said that we will hold a meeting and state our position. Murtaza Wahab said that there are some problems even within the bureaucracy. From today, officers have been floating. He said that some land has been allotted to China.