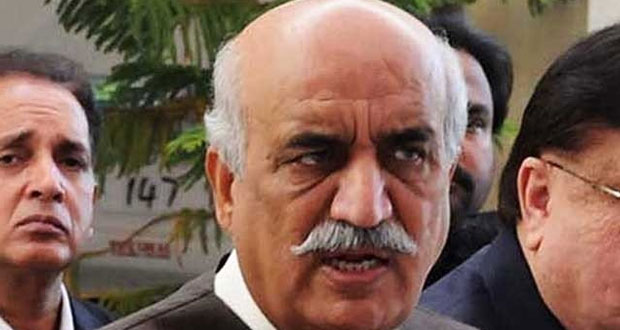 PPP leader was arrested by the NAB from Islamabad two years ago on September 18. Few days after his arrest, he was shifted to a cardiac hospital where he remained under treatment.

However, he had approached the Sindh High Court (SHC) for bail, but the court rejected Shah s plea as he was not in jail.

On the other hand, the petition of PTI leader Tahir Shah against keeping Khursheed Shah in hospital was also being heard in the Sindh High Court.

Khursheed Shah decided to move back to jail so that he could be granted bail as he had approached the Supreme Court for his bail.