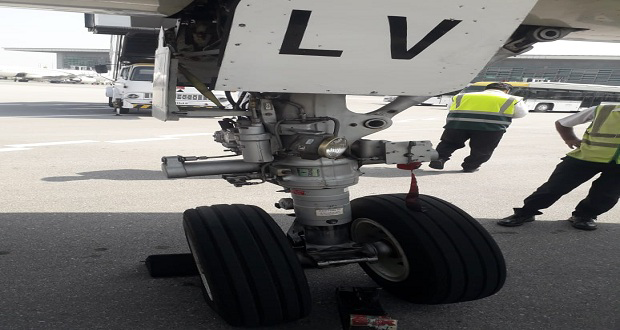 According to sources in the airline, the aircraft’s nose wheel was damaged after a connecting rod between the plane and tug master suddenly broken during pushback at the airport. After the accident, the passenger plane was grounded.

The Quetta-bound flight from Islamabad was delayed due to the accident, the sources added.

Meanwhile, a spokesperson for the national flag carrier confirmed the news as well, adding that details of the accident were being sought.

No injuries were reported.