India Vs Eng Fourth Test: England 53 For Three At Stumps In Response To India’s 191 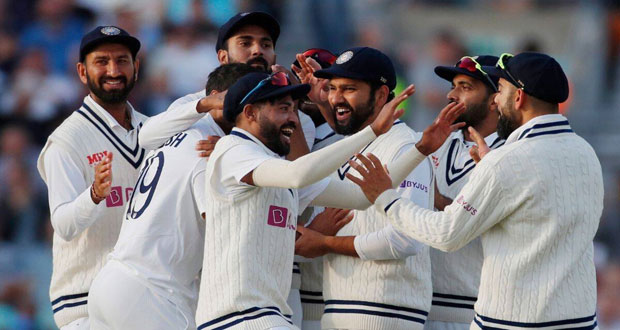 London: England were 53 for three at stumps in response to India’s 191 on day one of the fourth Test at the Oval on Thursday. Jasprit Bumrah removed the openers Rory Burns and Haseeb Hameed in one over before Umesh Yadav found the defences of in-form Joe Root.

Virat Kohli made 50 off 96 balls while Shardul Thakur saved India the blushes with a sensational 57 off 36 balls and took the total towards 200 in the final session.

As many as seven wickets fell in the final session. England produced another top class bowling effort after winning the toss with Chris Woakes taking four wickets and Ollie Robinson taking three. Robinson dismissed Kohli for the third time in the series with the India skipper departing after a well made fifty. India reached 122 for six at tea.

Earlier, India struggled against the moving ball in the morning session, struggling to 54 for three at lunch. Root put India in to bat amid overcast conditions. Coming back from injury, Woakes made instant impact by having Rohit Sharma (11) caught behind in his first over. Robinson then trapped KL Rahul (17) with a ball that nipped backed in.

Cheteshwar Pujara followed an outswinger from James Anderson only to edge it to the wicketkeeper to leave India reeling at 39 for three. Jadeja came ahead of Rahane and