Gunman kills 4 In Attack Near French Embassy In Tanzania 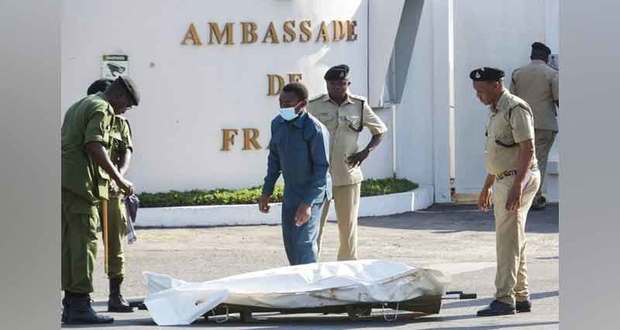 DAR SALAAM: A gunman killed three police officers and a private security guard on a rampage through a diplomatic quarter of Tanzania’s main city Dar es Salaam , before being shot dead while holed up in a guardhouse at the French embassy’s gate.

Videos on the internet, apparently filmed by onlookers from buildings across the street from the French embassy, showed the gunman inside the guardhouse.

He exchanged fire at very close range with police and men who appeared to be embassy guards.

Police said the attacker had first shot two police officers with a pistol at an intersection in the district, which houses a number of diplomatic missions. He took rifles from the fallen police officers, and headed on foot to the French embassy a few hundred metres away, firing randomly and occupying the guard house.