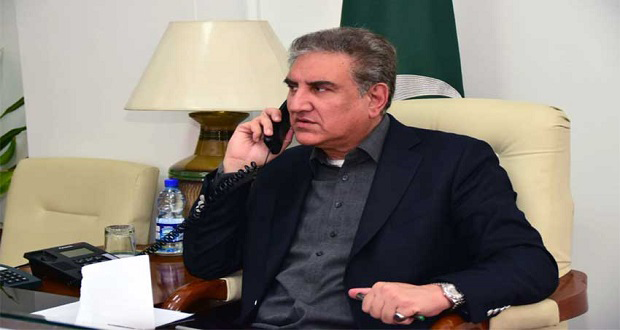 Islamabad: Foreign Minister Shah Mahmood Qureshi has underlined the need for international community to show solidarity with the Afghan people to address the humanitarian needs and support economic stability.

He was talking to his Austrian counterpart Alexander Schallenberg over phone on Thursday.

Foreign Minister Shah Mahmood Qureshi called for concerted efforts to stabilize the security situation, preserve the peace, and preclude any exodus of Afghans as refugees.

Sharing Pakistan’s perspective, he stressed the importance of peaceful and stable Afghanistan and highlighted the salience of safety and security of Afghans as well as an inclusive political settlement.

He stressed that there is a historic opportunity for ending 40 years of conflict in Afghanistan and engagement of the international community with positive messaging and constructive actions is need of the hour.

The two Foreign Ministers expressed satisfaction over the current level of bilateral engagement and pledged to further establish linkages and deepen cooperation between the two countries in all spheres of mutual interest including trade, economy, higher education, tourism and culture.

The Austrian Foreign Minister thanked Pakistan for its support in facilitating transit of Austrian nationals and others from Afghanistan.