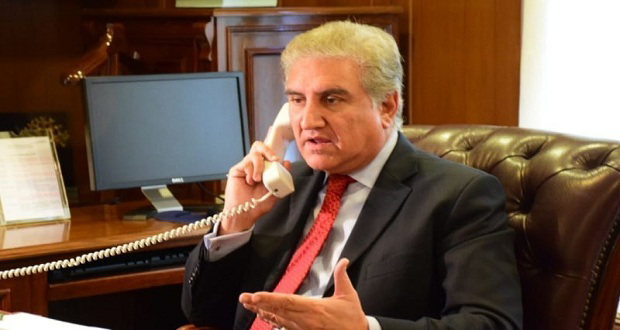 Talking to European Union Minister for Foreign Affairs Josep Borrell over telephone today (Sunday), Shah Mahmood Qureshi said in current situation, we want to ensure the protection of the lives and property of Afghan citizens and their rights.

He told the EU Foreign Minister that he has discussed the situation in Afghanistan with the Foreign Ministers of Germany, Netherlands, Belgium and Denmark and it is matter of satisfaction that our views were same.

The Pakistan Foreign Minister said the success of the ongoing talks in Kabul is essential for lasting peace in Afghanistan.

He said in this situation Afghanistan should never be left alone by the international community and urged the world community to play its role in reconstruction and development of Afghanistan.

Shah Mahmood Qureshi informed that he is going to visit key countries in the region to move forward with a consensus on the current situation in Afghanistan.

He also highlighted Pakistan’s role for the evacuation of journalists and diplomatic staff of various countries from Afghanistan.

He reiterated Pakistan’s commitment to strengthen its multidimensional relations with the European Union.