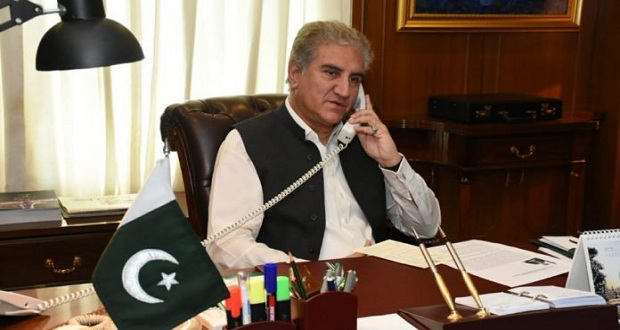 ISLAMABAD: Foreign Minister Shah Mahmood Qureshi has stressed the need to ensure the security of Afghans and the protection of their rights.

Talking to his British counterpart Dominic Raab on telephone on Friday, he said the international community should not allow Afghanistan to be isolated and ensure their support.

The Minister said at this critical juncture, we need to be wary of elements pursuing an agenda to sabotage peace efforts.

The Foreign Minister raised the issue of “Red List” with the British Foreign Secretary and apprised him about the difficulties faced by British Pakistanis and students in this regard.

The two leaders exchanged views on the situation in Afghanistan.

Foreign Minister Qureshi underscored that Pakistan would continue to play its constructive role in support of the efforts to promote peace and stability in Afghanistan.

He appreciated the contribution of the United Nations in addressing the humanitarian situation in Afghanistan.

The Foreign Minister noted that it is imperative for the international community to remain engaged with Afghanistan by supporting the Afghan people’s socio-economic and humanitarian needs.