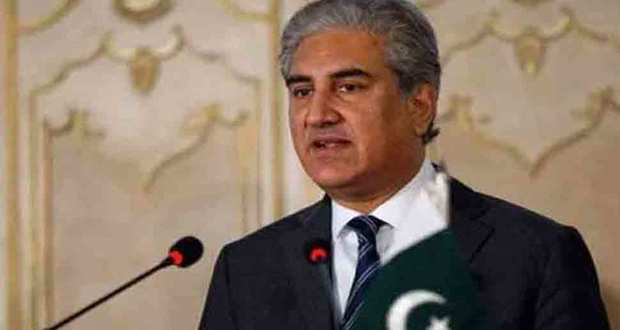 Foreign Minister Shah Mahmood Qureshi has urged the world community to stay engaged with Afghanistan for peace and stability there.

Addressing a joint news conference in Islamabad on Tuesday along with his German counterpart Heiko Maas after delegation level talks, he said humanitarian assistance must flow and economic collapse of Afghanistan must not be allowed.

The Foreign Minister warned against repeating mistakes of the past saying abandoning Afghanistan is not an option as it will have serious consequences.

Shah Mahmood Qureshi said the world should remain vigilant   of spoilers in Afghanistan. He said the international community has to discern between those standing for peace and the spoilers.

The Foreign Minister said Pakistan has been hosting over three million Afghan refugees for decades. We have been providing them with education and health care facilities as well as livelihood opportunities. He emphasized the need for creating such an environment in Afghanistan so that the need for another exodus does not arise again.

Commenting on the collapse of Ghani government, Shah Mahmood Qureshi said they were not speaking the truth on the actual situation in Afghanistan. He said Ashraf Ghani finally fled along with his aides and colleagues.

Shah Mahmood Qureshi said recent statements made by the Taliban are encouraging and positive. He said they will have to act on the pronouncements and respect the human rights and international norms.

The German Foreign Minister in his remarks expressed his gratitude to Pakistan for playing a significant role in evacuation of foreign nationals including Germans from Kabul.

He said Germany stands ready to support the neighboring countries of Afghanistan experiencing the impact of Afghan situation.  He said his country will not abandon them in facing the challenges. He said we have already provided one hundred million euros in humanitarian assistance and five hundred million euros have also been pledged for various projects in neighboring countries of Afghanistan.

He said Germany is closely coordinating with Pakistan on Afghan issue as well as bilateral relations.