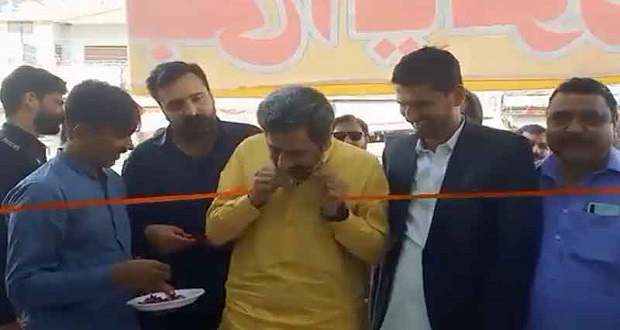 LAHORE: The citizens hailed Punjab Minister for Prisons and the government spokesman Fayyaz ul Hassan Chohan for inaugurating a shop in unique style.

According to details, Fayyaz ul Hassan Chohan reached at electronics shop in his constituency for inauguration but the scissors failed to cut the ribbon, he cut the ribbon with his teeth and saved the owner of the shop from embarrassment.

The Punjab minister has set a new record by cutting the ribbon with his teeth setting aside all the protocols.

Fayyaz ul Hasan Chohan said that he feels pleasure to be in his constituency and in his own people.