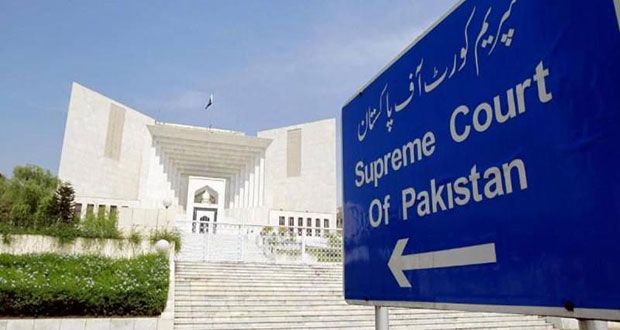 ISLAMABAD:The Supreme Court of Pakistan ruled on Thursday that the chief justice of Pakistan has the sole discretion to invoke suo motu action, recalling its earlier order regarding harassment of media persons.

The bench maintained that, “No other bench can invoke suo motu jurisdiction.”

On August 20, a division bench of the apex court, led by Justice Qazi Faez Isa, had summoned government functionaries on media persons’ grievances.

Earlier today, the top court had reserved its decision on the legal question concerning how the suo motu jurisdiction under Article 184 (3) should be invoked.

SCBA President Lateef Afridi said that the SC should not act in a divided manner, adding there was a strong perception among people that there was a division in the court.

A day earlier, the superior bars demanded of the apex court to form a full court for determining the question of how the suo motu jurisdiction should be invoked or entertained.

Notices were also issued to attorney general for Pakistan, SCBA president as well as Pakistan Bar Council vice chairman for legal assistance in this regard.

The larger bench in its first order noted that the order passed by the division bench of the apex court led by Justice Qazi Faez Isa on the application against harassment of media persons, prima facie makes a departure from the norms of the applicable procedural practice.