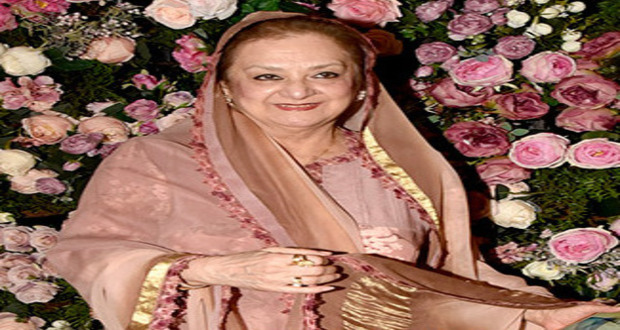 MUMBAI: Veteran Bollywood star Saira Banu has reportedly been shifted to Intensive Care Unit (ICU) three days after she was hospitalized in Mumbai.

Indian media reported that Saira Banu, wife of late actor Dilip Kumar, was admitted to a local hospital in Mumbai after she complained of issues related to blood pressure.

Saira, 77 was admitted to Hinduja Hospital in Khar, Mumbai three days ago and today she has been shifted to the ICU ward, the report further says.

While the health of Saira is said to be stable, her blood pressure is not getting normal.

Due to the blood pressure, the oxygen level remains low so there is difficulty in breathing, it added.

Saira is in the same hospital where her late husband Dilip Kumar had been admitted.