Delegation Of Balochistan Calls On PM 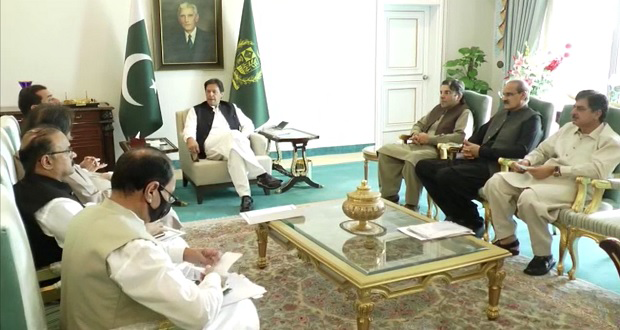 The meeting discussed the reorganization of Pakistan Tehreek-e-Insaf in Balochistan and the overall political situation in the province.

The Punjab Energy Minister apprised the prime minister of the steps taken to address the energy problems in the province.

Another meeting chaired by PM Imran Khan discussed the progress on ongoing development projects in the merged districts of the country.

The meeting was attended by Senator Zeeshan Khanzada and members of National Assembly Gul Dad Khan and Gul Zafar Khan.