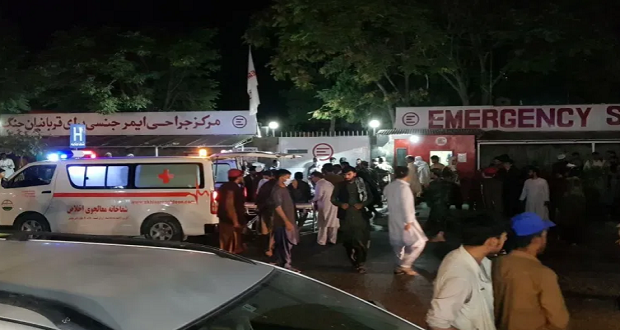 KABUL: The United States pressed on into the final days of the chaotic airlift from Afghanistan amid tighter security measures and fears of more bloodshed, a day after the suicide attack at the Kabul airport that killed well over 100 Afghans and 13 US service members.

The U.S. warned that more attacks could come ahead of President Joe Biden’s fast-approaching deadline to withdraw American forces from Afghanistan by Tuesday.

Two officials said the Afghan death toll in Thursday’s bombing rose to 170, while the U.S. said it was the deadliest day for American forces in Afghanistan since August 2011. Biden blamed the attack on Afghanistan’s offshoot of the Islamic State group, which is a lethal enemy of both the Taliban and the West.

The officials who gave the Afghan death toll were not authorized to talk to the media and spoke on condition of anonymity. The number of dead was subject to change as authorities examined the dismembered remains.