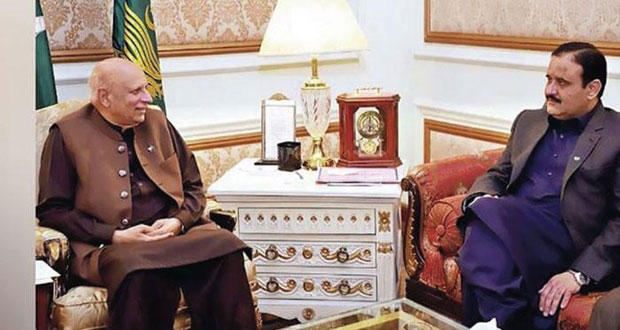 During the meeting, it was decided to expedite work on Punjab Abb Pak Authority (PAPA) to provide clean drinking water to populace of the province.

Chaudhry Sarwar praised steps taken by the provincial government in the health and education sector.The governor said that future of political opponents in bleak so they will only issues protest calls until 2023.

On the occasion, Usman Buzdar said that government will responds to undemocratic moves of opposition with service of people and uniform development is being carried out rural and urban areas of the province.