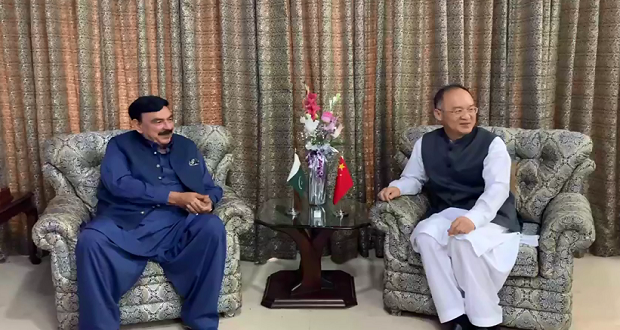 Talking to Chinese Ambassador Nong Rong who called on him in Islamabad today (Sunday), he said we are playing role for peace and stability in Afghanistan.

Sheikh Rashid Ahmed said the Ministry of Interior is providing every possible facilitation to the people willing to leave Afghanistan.

He said the government will beef up security of Chinese citizens and Chinese companies operating in Pakistan. He said in this regard we are working on a joint strategy.

He said we will not allow terrorists to take hostage the mutual cooperation and development of Pakistan and China.

Speaking on the occasion Chinese Ambassador said security protocols for Chinese citizens and companies should be tightened.