Chairman NAB Should Ask Asim Bajwa How He Made Assets: Ahsan Iqbal 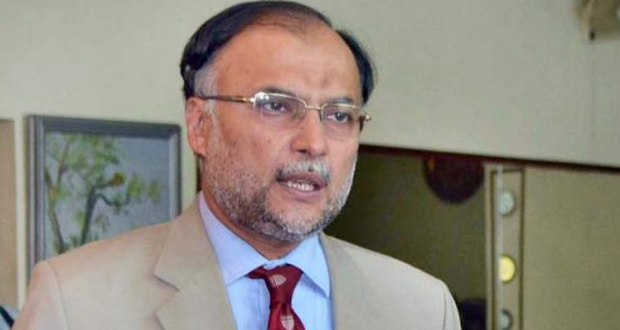 Addressing a presser in Lahore, former interior minister said that the NAB has fear of the military persons on the other hand it makes cases against the civilians.

He said that Chairman NAB has been blackmailed due to his video adding that there is no respect of the civilians. He said that if the NAB is daring then it should ask Asim Saleem Bajwa how he made his assets.

Lashing out at the government, the former interior minister challenged to prove the 32 paisa corruption out of 32 hundred billion rupees allegations. “The character assassination drive has been continued for the last three years,” he added.

He said that the incompetent rulers open new cases every day to cover up their failures. “A new fake case was made against the opposition leader in National Assembly yesterday in which the baseless accusations levelled for awarding wrong contract to my brother,” he maintained.

Ahsan Iqbal further criticized that the standard of government accountability has now fell down to Rs4.5 million in corruption.