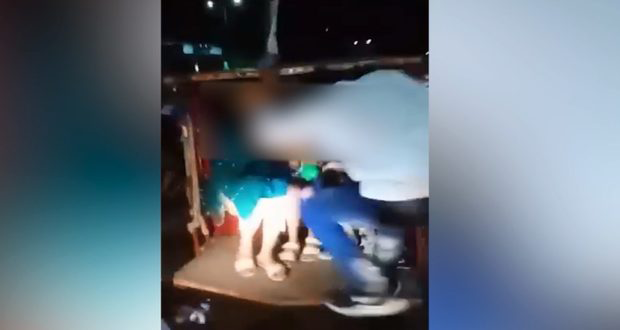 LAHORE: Case of man sexually harassing a woman travelling in rickshaw has been registered at Lari Adda PS Lahore.

Two women, with a child seated between them at the back of a Qingqi rickshaw somewhere in a busy street in Pakistan (many on social media said it was Lahore), can be seen in the video clip.

The women are visibly disturbed at the sight of a couple of motorcyclists hounding the rickshaw, catcalling and leering at the women.

One man jumps onto the rickshaw, out of nowhere, and forcibly kisses the woman. Startled, she and the woman beside her scream but no one intervenes.

One of the women takes her slipper off and threatens to hit a motorcyclist with it. The woman who was harassed, at one point in time, gets extremely upset and tries to leave the rickshaw in despair but is stopped from doing so by her companion.