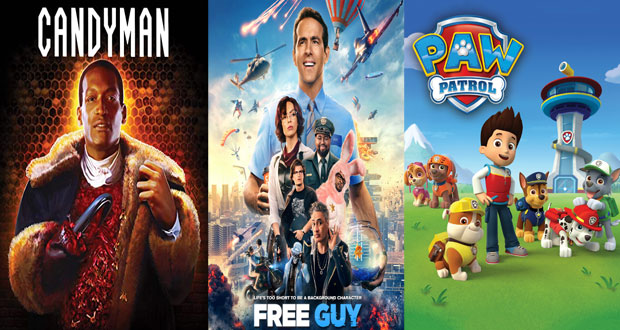 LOS ANGELES: “Candyman” was summoned to the top of domestic box office charts, collecting an impressive $22.37 million from 3,569 theaters in its first three days of release.

The R-rated slasher film, written by Jordan Peele and directed by “Captain Marvel 2” filmmaker Nia DaCosta, surpassed industry expectations despite fears the delta variant would keep people from going to the movies. Though multiplexes have struggled to sustain momentum as COVID-19 cases continue to surge, Hollywood has witnessed that new films available only in theaters (such as “Candyman” and last weekend’s champ “Free Guy”) have steadier ticket sales compared to tentpoles being offered simultaneously on streaming services (like “The Suicide Squad” and Hugh Jackman’s “Reminiscence”).

“Candyman” cost $25 million to produce — MGM financed and produced the film, while Universal handled marketing and distribution — and appears on track to become one of the rare pandemic-era releases to become profitable during its theatrical run. The sequel to the 1992 film, this version starring Yahya Abdul-Mateen II, has been well received by critics and moviegoers, with an 85% on Rotten Tomatoes and “B” CinemaScore.