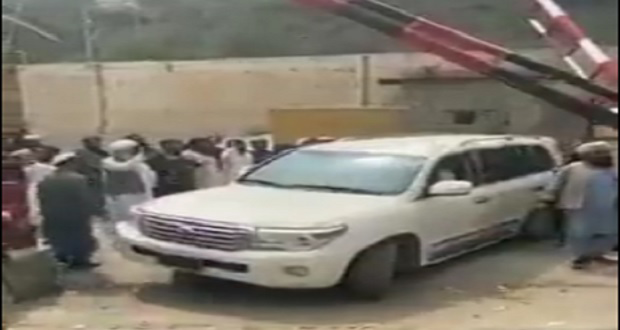 KABUL: A senior al Qaeda commander who was Osama bin Laden’s security chief has apparently returned to Afghanistan after two decades living in Pakistan, according to videos posted to social media.

Amin ul-Haq arrived back in his hometown in Nangarhar province, east of Kabul, video purports to show, a day before the US withdrawal from the war-torn country was set to end and less than two weeks after the Taliban seized control.

Videos circulating on Twitter appear to show ul-Haq being driven through a Taliban checkpoint in a convoy of SUVs as a small crowd gathered nearby.

At one point in the video, ul-Haq can be seen rolling down the window of the vehicle to shake hands and pose for selfies with some men.