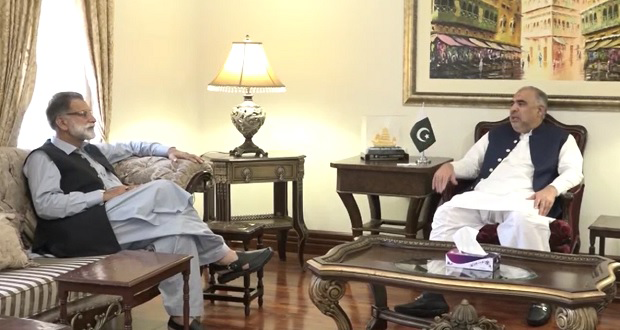 During the meet-up, Speaker NA Asad Qaiser congratulated AJK PM over assuming the post. At the ocassion, the speaker said that AJK will take a path of new development and prosperity in the leadership of Abdul Qayum Khan Niyazi.

The Speaker said that the present AJK government in the leadership of Abdul Qayum Khan Niyazi will raise the Kashmir issue at world level in a effective way.

He said that people of Pakistan and parliament stand with shoulder to shoulder with the masses of the occupied Kashmir. Pakistan will continue support Kashmiri people morally and diplomatically.