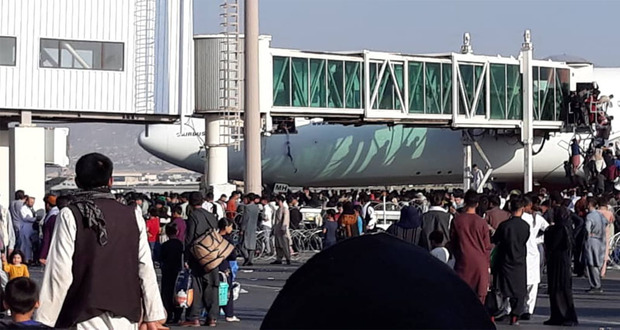 KABUL: One Afghan security official was killed and three others were injured in an exchange of fire between Afghan security forces and unknown individuals at the airport.

The German military has claimed in a tweet that there was an exchange of fire between Afghan security forces and unknown assailants at the north gate of Kabul airport. The U.S. and German forces were also involved in the shooting. No one was injured, according to the German military.

On the other hand, the Taliban have started removing the obstacles on the roads of Kabul. The officials of Kabul Municipality have removed the obstacles in front of the Ministry of Defense.